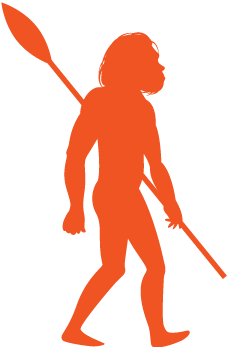 The Fear of Salt

History says we LOVE salt. Have you guys ever heard of the saying “Worth one’s salt” or “Worth your weight in salt”? It used to be a highly prized substance and used as a form of payment  in ancient Rome. The absence of salt on a Roman dinner table was interpreted as an unfriendly act that would raise suspicion. It was the life force of the ancient world. Salt is also prominent in the Bible.

Our society has been told to fear salt! Epidemiological studies claims that salt is linked to high blood pressure and we should minimize it especially as we get older. For those that don’t know, using epidemiological studies for health does not show or prove much of anything. It shows correlation of health events, but does not prove causation! Basing any health or nutritional advice on epidemiological studies is just dangerous as we see over and over again with things like the fear of salt, fat, and cholesterol.

The fear of salt goes hand in hand with fear of fat. Just like saturated fat, salt was blamed for what sugar was doing. It wasn’t the salt that was raising our blood pressure it was the salt along with the unnatural amount of sugar we are having every day. The government decided on limiting the wrong substance…

WHY SHOULD YOU BELIEVE US?

On average our kidneys process 1 teaspoon (~4.2g) of salt ever 5 minutes!

Let that sink in for a second… 1 teaspoon of salt EVERY. FIVE. MINUTES!

Most health agencies tell us that 1 teaspoon per day of salt is too much; however, our kidneys filter this amount of salt every five minutes.

The salt restriction recommendations hardly make sense from a physiological viewpoint. The amount of salt we eat per day is truly a drop in the bucket compared to the amount the kidneys filter on a daily basis. In fact, the stress on the kidneys mainly comes from having too little salt and needing to conserve it.

When the kidneys are forced into conserving salt it requires a lot of energy; making a low salt diet an energy hog and a tremendous stress to the kidneys.

DO YOU STILL FEAR SALT?

By the 16th century Europeans were estimated to consume around 40g of salt per day, in the 18th century their intake was up to 70g. That is seven times the current intake of salt in the western world.

The consumption of salt throughout Europe during the last several hundred years was likely at least twice and even up to 10 times what it is today. During this time, rates of high blood pressure and heart disease were minimal.

Now we can see the consumption of salt is inversely proportional to the rise of chronic diseases.

Nowadays when we look around the world and find populations like South Korea where the daily intake of salt averages 13.5g per day; but somehow it has one of the world’s lowest rates of high blood pressure and deaths due to heart disease. This is known as the “Korean Paradox”, but it is prevalent in 13 other countries like France, Japan, Portugal, Spain etc.

We’ve been noticing these “paradoxes” (French Paradox, Korean Paradox, Japanese Paradox, etc…) are not really paradoxical after all. They’re just right in how to nourish ourselves and we just got it wrong!

Salt is vital to a human body’s health, don’t fear it if you’re eating a healthy diet!

We dive deep into this topic in our 12 week coaching program. Learn more about it here!

Rewind Nutrition is an online health coaching company founded by Gui and Rachael Soares. Backed by science and proven with experience; Rewind utilizes ancestral nutrition to manage chronic illnesses including but not limited to: Diabetes, Hashimoto’s, Crohn’s, Heart Disease, Anxiety, Migraines, Acid Reflux, Fatty Liver Disease, Epilepsy, etc… We reverse symptoms like Fatigue, Brain Fog, and Bloating using FOOD. Our mission is to clear the confusion around health and nutrition allowing our communities to kick ass in life! Contact us to see if we can help you with your health issues.